A second edition of safety resource for UAS (drone) operations has been released by the National Association of Tower Erectors (NATE).
45 views0 comments
Maholi Hernández

FAA Grants First Waiver to Fly at Class B Airport

The FAA has granted one of the first Class B airspace waivers for a drone services company to fly at a major airport.
18 views0 comments
Maholi Hernández 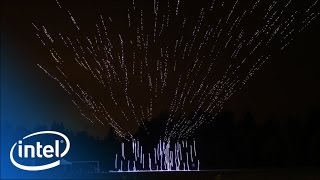 CASE STUDY: What happens when a Drone Strikes an Airplane?

The FAA says the number of near-misses between drones and airplanes are growing.
32 views0 comments
Christopher Todd

23,000 Licensed US Drone Pilots and Counting According to FAA

On average more than 300 people every weekday in the U.S. have become licensed remote pilots, according to the latest data from the Federal Aviation Administration (FAA). The total number of certified commercial drone operators now tops 23,000 -- we surpassing the initial FAA projections for 2016. Even more staggering is the number of drone registrations which exceeded 550,000 as of September as is sure to surge even further with the season's holiday shopping. That equates
59 views0 comments
Christopher Todd

Quad-copters are very popular this time of the year. Hobbyist, private companies, entrepreneurs and even government entities are getting this UAS drones for different applications. But, even though this can be rare, some users are abusing their drone privileges to trespassing and privacy. A panel of UAS experts gathered in Colorado Springs at the Colorado Countins Inc. The goal of the discussion was to examine current regulations and guidelines of the usage of drones. "Do we
36 views0 comments
Christopher Todd

Will Unmanned Air Traffic Control be Affected by Trump Presidency?

These days a great deal of buzz seems to be perpetually in motion surrounding U.S. President-elect Donald J. Trump. Regardless of where you stand politically, one thing is clear; change is imminent. But will this change affect the emerging unmanned aviation industry, and if so, how? The President-elect is in favor of privatizing air traffic management, according to Rep. Bill Shuster, R-Pa. Shuster claims Trump would like a private, non-profit corporation to take over the
19 views0 comments
Maholi Hernandez

One rock less on the rode for SkySkopes, a Grand Forks unmanned aerial systems firm, who was granted a Federal Aviation Administration waiver, making them possible to fly at night. This month, SkySkopes turned the first UAS company in North Dakota to receive the waiver. “These permissions are a game-changer for the North Dakotan UAS ecosystem,” SkySkopes President and CEO Matt Dunlevy said in a statement. Part 107 of the FAA regulations restricts drones companies to operate t
19 views0 comments
Christopher Todd

COLORADO SPRINGS, Colorado - The Federal Aviation Administration (FAA) is investigating a close call between a drone and a passenger jet that took place on October 26, 2016 just south of the Colorado Springs airport, according to a report from KRDO News Channel 13 ABC. The pilot of an MD-80 jet reported an unidentified unmanned aircraft vehicle (UAV) flying at approximately 8,000 feet about 3/4 of a mile south of the airport runway. Air traffic control alerted the local sher
9 views0 comments
Christopher Todd

RENO, Nevada - The National Aeronautics and Space Administration (NASA), in partnership with the Federal Aviation Administration (FAA), is continuing to test a new air traffic control system being developed to help manage flights of unmanned aircraft systems in the U.S. and beyond. The goal of the new system is to develop a system that can be integrated into the current air traffic control system used by manned aviation. The second round of tests focused on tracking drone fli
3 views0 comments
Christopher Todd

Transport Canada, the official transportation department within the Government of Canada, is currently drafting new aviation regulations that will require all drone operators who fly unmanned aircraft systems weighing more that 250 grams to obtain an operating license, according to a report by Ashley Burke, CBC News in Ottawa. The more rigorous regulations -- expected to be introduced in 2017 -- will evaporate the distinction between commercial and hobbyist drone fliers in C
12 views0 comments
Christopher Todd

While many commercial drone operators are either operating within the guidelines of existing Federal Aviation Administration (FAA) Section 333 exemptions or seeking certification via the new FAA Part 107 certification process, many renegade commercial UAV operators continue to fly in national airspace without proper training or certification. This is creating a dangerous black market of drone operators that should be a priority for the FAA. Jonathan Daniels, CEO and co-fou
29 views0 comments
Christopher Todd

William Merideth saw the drone flying over his backyard where is daughter was playing and became annoyed. So annoyed that he pointed a shotgun into the sky and shot down the UAV sparking a national debate; is it legal to shoot down a drone "hovering" over your backyard in Federal air space? Merideth, who dubs himself "The Drone Slayer," claims he was protecting his daughter. He says he did not know what the drone was for or what it was doing. David Boggs, the drone owner an
5 views0 comments
Christopher Todd

The first meeting of the Federal Aviation Administration's (FAA) new Drone Advisory Committee (DAC) offered some enlightening insight into the current projections on the U.S. drone industry; they were low. Apparently very low. More than 550,000 civilian small unmanned aircraft systems (sUAS) have been registered with the FAA in the nine months since the agency created the registration program, according to Earl Lawrence, director of the FAA's drone office. That means in les
19 views0 comments
Christopher Todd

The Federal Aviation Administration (FAA) is predicting there will be 2.5 million unmanned aircraft systems (UAS) -- also known as "drones" -- in use by the end of 2016. The FAA projects that number will triple to more than 7 million by 2020. With this many aircraft filling our skies, American cities are surly in for new challenges as to how they adapt to ever-expanding UAS operations. Issues such as safety, privacy, nuisance, and trespassing concerns surrounding UAS' are
3 views0 comments
Christopher Todd

The Era of Unmanned Aviation has Arrived

Once considered the domain of the military and quasi-secret government entities, Unmanned Aerial Vehicles (UAV) have now arrived on the main stage for consumers, organizations, and communities of all sizes to embrace. Labeled Small Unmanned Aircraft Systems (sUAS) by the Federal Aviation Administration (FAA), the realm of commercial UAS use is now governed by FAA Part 107 -- the first series of "operational rules for routine commercial use of small unmanned aircraft systems
17 views0 comments